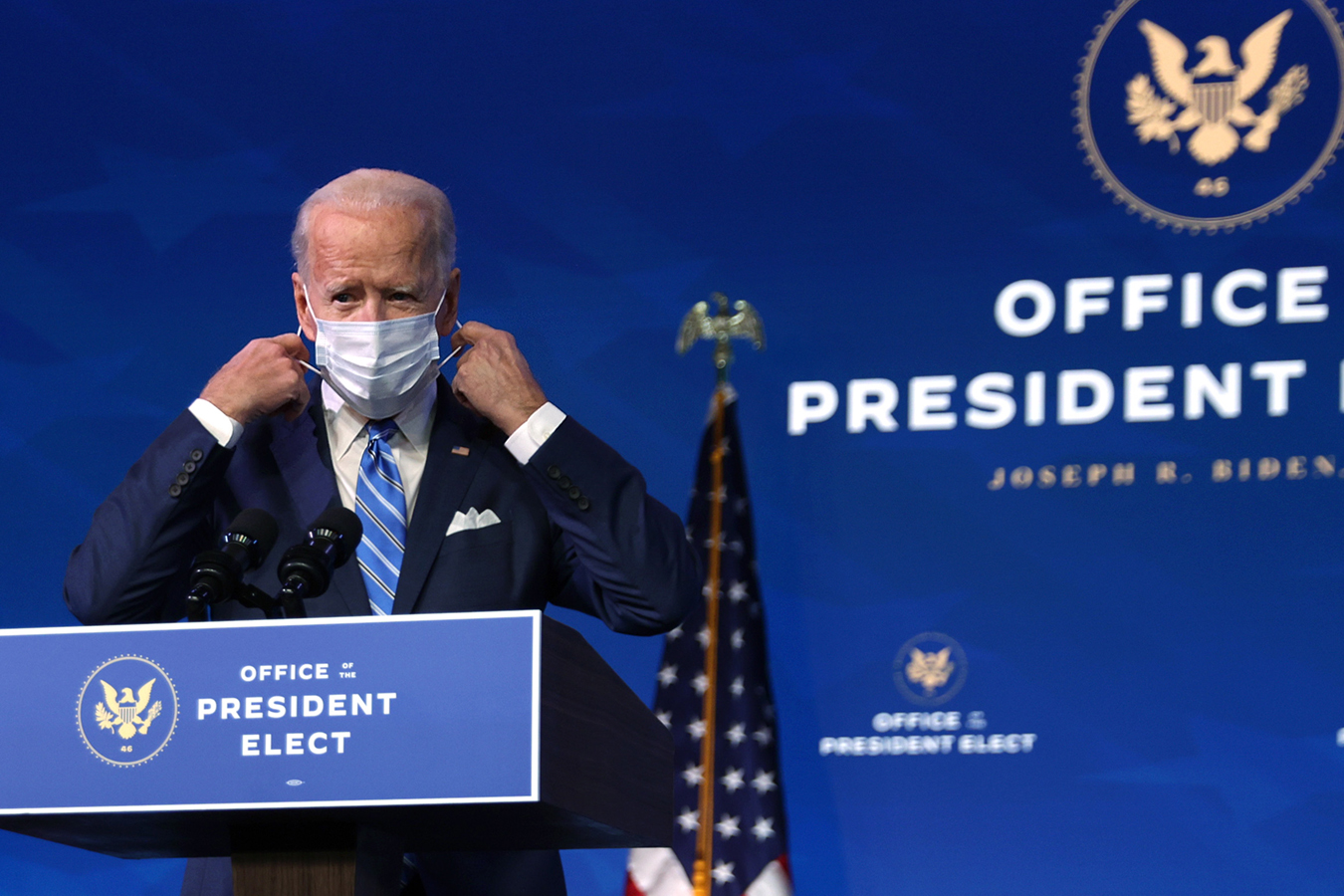 In the past 24 hours, President-elect Joe Biden has delivered two speeches focused on the nation’s covid response.

Thursday night, he laid out a $1.9 trillion-dollar plan to address what he’s calling the “twin crises” of the covid-19 pandemic and the economy.

The plan is ambitious and will likely face some pushback in Congress. (Read PolitiFact’s analysis here.)

Friday afternoon he offered a more detailed take on his vaccine distribution plan.

On his first day in office, he said, he will instruct the Federal Emergency Management Agency to start setting up mass vaccination centers across the country. Biden promised to have 100 of these sites set up by the end of his first month in office.

He also said his administration will work with pharmacies across the country to distribute vaccine more effectively and employ the Defense Production Act to ensure adequate vaccine supplies. His administration will also launch a public education campaign to address vaccine hesitancy and ensure that marginalized communities will be reached.

Biden maintained during the speech that he intends to reach the goal of “100 million shots the first 100 days in office.” He also said he will stick with the Centers for Disease Control and Prevention’s latest recommendation to distribute covid vaccines to those who are 65 and older, as well as essential workers, to push states to allocate the supply quickly.

During his Thursday speech outlining what he’s dubbed the “American Rescue Plan,” Biden made several claims about the current response to the pandemic and how it’s affecting Americans. We fact-checked and gave context to a couple of the president-elect’s statements.

“The vaccine rollout in the United States has been a dismal failure thus far.”

The vaccine rollout is far short of what officials promised. According to a Centers for Disease Control and Prevention tracker, since mid-December, when vaccines first started being distributed, about 30 million doses have been sent out. But only about 11 million have actually been administered into the arms of Americans. The Department of Health and Human Services had initially issued a goal of administering 20 million doses by the end of December.

A key reason for the slow pace, experts said, is that many state and local health departments lack the funding and resources to execute such a mass vaccination campaign. Communication with the federal government has also been dicey. Many states have complained that they aren’t informed about how much vaccine they will receive and when — making logistical planning difficult. In addition, the outgoing Trump administration recently changed its recommendations for who should qualify, adding an additional layer of confusion.

Still, public health experts say part of the reason the initial rollout was slow was that it occurred during the December holidays, when many locations were understaffed. And since Congress approved a second covid stimulus bill, states will receive about $3 billion in funding, which will help efforts.

This is accurate. Estimates vary on the exact number of Americans who live in households that are food insecure, but Biden’s numbers match recent numbers from the U.S. Census Bureau. The numbers translate to about 14% of all households and 20% of Black and Latino households.

The Census Bureau estimates food insecurity throughout the pandemic in a weekly report. According to numbers from December, 14% of all adults in the country reported their households sometimes or often not having enough food in the past seven days. The data from December also shows that 24% of Black households and 21% of Latino households did not have enough to eat.

A Northwestern University study estimates that at one point during the pandemic, nearly 23% of households experienced food insecurity.

“These crises are straining the budgets of states and cities and tribal communities that are forced to consider layoff and service restrictions of the most needed workers.”

This is accurate. State and local governments generally by law are required to balance their operating budgets, resulting in layoffs and reductions in services — though federal aid provided through covid relief helped. Late last year, the Brookings Institution projected state and local revenues would decline by $155 billion in 2020 and $167 billion in 2021. According to a report by the Center on Budget and Policy Priorities, states and localities had furloughed or laid off 1.2 million workers through October 2020. Brookings also noted that, because state and local governments “are at the forefront of the response to the pandemic,” they “will likely need to increase their typical spending to provide crucial public health services and help communities adapt to social distancing guidelines.”

Additionally, news reports starting early last summer detail a high number of health care workers being laid off or losing their jobs during the pandemic. Public health workers have also been furloughed or had their hours cut, despite having to create covid testing sites, initiate contact tracing programs and now create mass vaccination campaigns.

“Over the last year alone, over 600,000 educators have lost their jobs in our cities and towns.”

This is a softened version of a previous claim about laid-off “teachers” that we rated Mostly False. This number likely refers to Bureau of Labor Statistics data that shows the number of local government education jobs declined from March to October by 666,000.

But that number doesn’t refer only to layoffs. Rather, it notes a net decrease in jobs. Reports show that, during the pandemic, some educators have quit, retired or taken a leave of absence.

It’s also not clear what type of educators Biden was referring to, and though the BLS does track layoff data by industry, it lumps state and local education data together, which means public college staff numbers are included. The BLS data shows that from March to October, 39,000 state and local educators were laid off or discharged.

The Brookings Institution, “How Much Is COVID-19 Hurting State and Local Revenues?” Sept. 24, 2020

Northwestern University, “How Much Has Food Insecurity Risen? Evidence from the Census Household Pulse Survey,” June 10, 2020