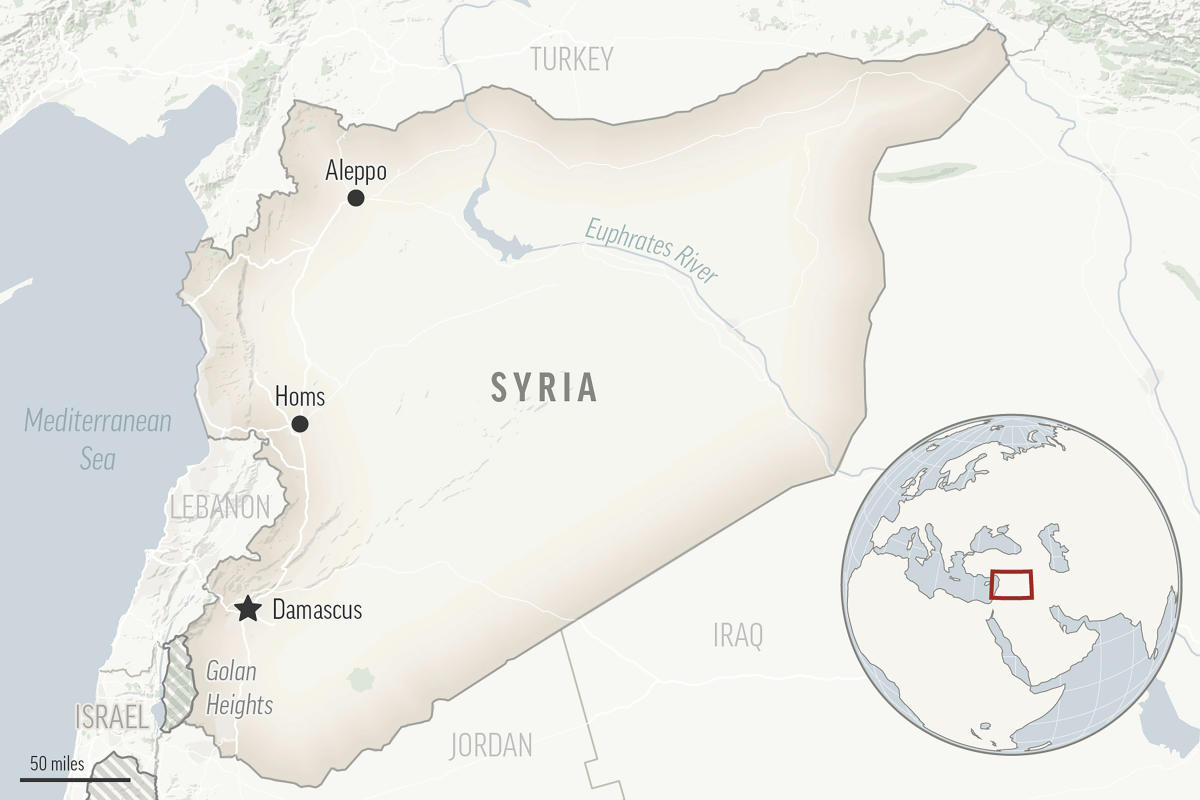 The five-story building housing about 30 people in the Sheikh Maksoud neighborhood under the control of the U.S.-backed Kurdish-led Syrian Democratic Forces collapsed overnight, according to the report. Water leakages had weakened the structure’s foundation, it said.

Dozens of firefighters, first responders and residents covered in debris and dust were searching through the rubble for the remaining residents with drills and a bulldozer.

Some relatives of the tenants waited anxiously nearby, while others mourned at the entrance of a nearby hospital as the bodies arrived in ambulances and on the back of trucks.

Hawar News, the news agency for the semiautonomous Kurdish areas in Syria, reported that seven people were killed and three were injured, two of them critically.

Many buildings in Aleppo were destroyed or damaged during Syria’s 11-year conflict, which has killed hundreds of thousands and displaced half the country’s pre-war population of 23 million.

Although the Syrian government under President Bashar Assad has retaken the city of Aleppo from armed opposition groups, Sheikh Maksoud is among some neighborhoods under the control of Kurdish forces.

Aleppo is Syria’s largest city and was once its commercial center.