“Historic”: Colombia to give temporary protective status to Venezuelan migrants 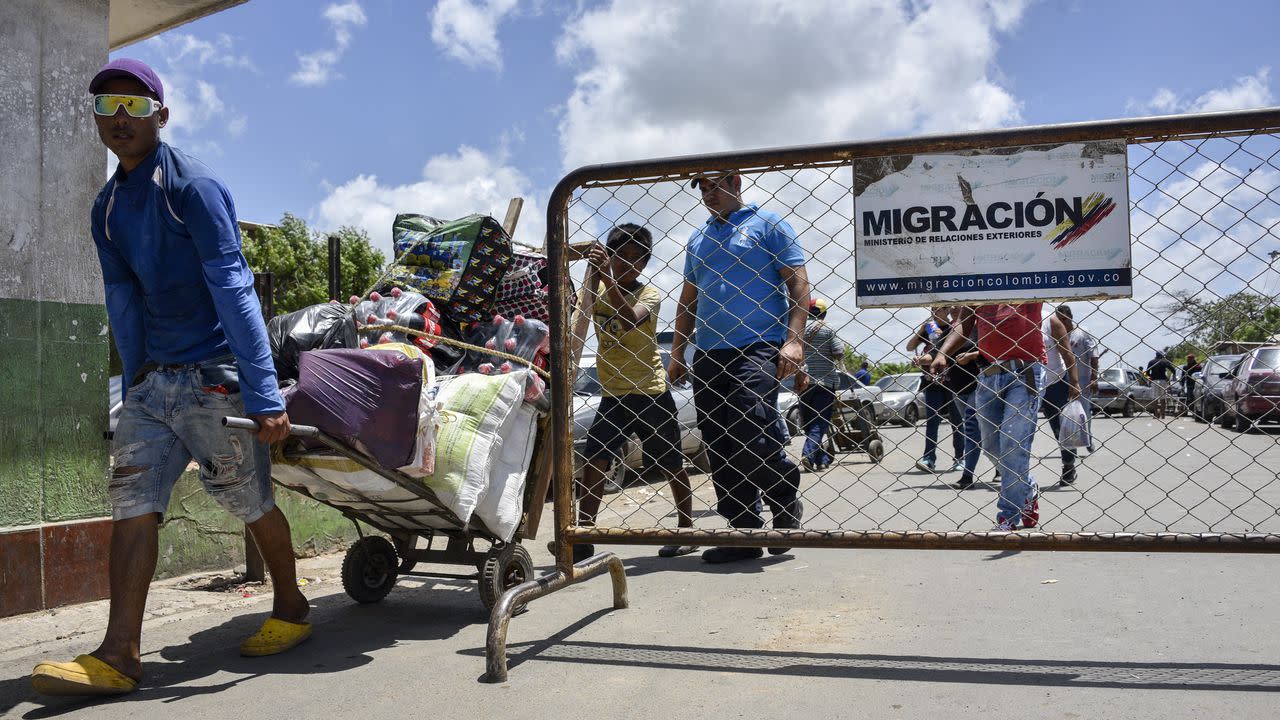 Twenty people were killed in a Syrian displacement camp in January – including 10 who were beheaded – with guards suspecting Islamic State sleeper cells of the executions, according to a research group based in northeast Syria. The 20 Iraqis and Syrians killed in Al-Hol camp in January included a guard from the Syrian Democratic Forces (SDF) that maintains the detention facility, according to The Rojava Information Centre, which estimated 35 people were killed in the camp in all of 2020. Camp authorities, who struggle to impose security even around the camp perimeter, believe most of the deaths were the work of Islamic State assassins active inside Al-Hol. “The details of the assailants are unknown, most of the executions take place at night in the victims’ tent or shelter,” said Charles Flynn, a researcher with the RIC. “Not all killings can be [attributed] to ISIS, as some deaths in the past have been related to feuds or disagreements in the camps,” he added. Among the most grisly of the recent killings at Al-Hol, an Iraqi elder was reportedly publicly beheaded in the camp on January 16. “The victim’s head was completely removed,” said Mr Flynn, who reviewed photos of the incident. Local media reports suggest the slain guard was part of a security detail that was fired upon during a raid by unknown shooters inside the camp on January 8. A second guard was reportedly wounded in the attack. The RIC said local media reports and SDF statements formed the basis of its tally, which was partly corroborated by the United Nations, which warned of the deteriorating situation at Al-Hol on January 16 after receiving reports of 12 murders there since the start of the year. “The disturbing events indicate an increasingly untenable security environment at Al Hol,” the UN humanitarian coordinator for Syria, Imran Riza, and the regional humanitarian coordinator for Syria, Muhannad Hadi, said in a joint statement at the time. Al-Hol is the largest displacement camp in Syria, holding almost 62,000 residents in squalid conditions near the Iraqi border. Women and children make up more than 80 percent of the population in the camp, where aid agencies say hunger and disease are rife amid a lack of clean water and healthcare. Most of the inhabitants arrived in the camp in early 2020 after fleeing the final fighting between the Western-backed SDF and IS fighters around the terrorist group’s last sliver of territory at the town of Baghouz on the Euphrates River. As well as Iraqi and Syrians there are reportedly 8,705 third country nationals in Al-Hol, mostly from former Soviet central Asian states. In the past year, many Westerners – including high profile IS supporters such as the Halane twins from Manchester – have been moved from Al-Hol to the much smaller Roj camp, where security is stronger and living conditions are reportedly better. Killings in Al-Hol have increased over the past year since IS supporters were able to smuggle firearms into the camp, according to Elizabeth Tsurkov, a non-resident fellow with the Newlines Institute for Strategy and Policy. “The SDF’s grip on the camp is clearly limited – smuggling of people and banned goods such as weapons, and smuggling of phones into the foreigners’ annex, continue apace,” she said. The Kurdish-led SDF acknowledges that it has struggled to limit trafficking and has warned repeatedly of the deteriorating conditions, calling on foreign governments to repatriate their citizens. “Efforts are being made to control the camp,” it said in a January statement calling for greater support from the international community. On Monday, a group of United Nations human rights experts sent letters to the 57 governments who are believed to have nationals in Al-Hol and Roj camps calling on them to repatriate their citizens. “Thousands of people held in the camps are exposed to violence, exploitation, abuse and deprivation in conditions and treatment that may well amount to torture or other cruel, inhuman or degrading treatment or punishment under international law, with no effective remedy at their disposal. An unknown number have already died because of their conditions of detention,” the experts said. “States have a primary responsibility to act with due diligence and take positive steps and effective measures to protect individuals in vulnerable situations, notably women and children, located outside of their territory where they are at risk of serious human rights violations or abuses, where States’ actions or omissions can positively impact on these individuals’ human rights,” they wrote. Meanwhile, the killings in Al-Hol have continued. On Monday, the SDF reported that a 27-year-old Iraqi man and a 20-year-old Syrian man were the latest victims. “Assassinations continue in the camp,” the SDF said on Twitter.