Latin America turns to China and Russia for COVID-19 vaccines 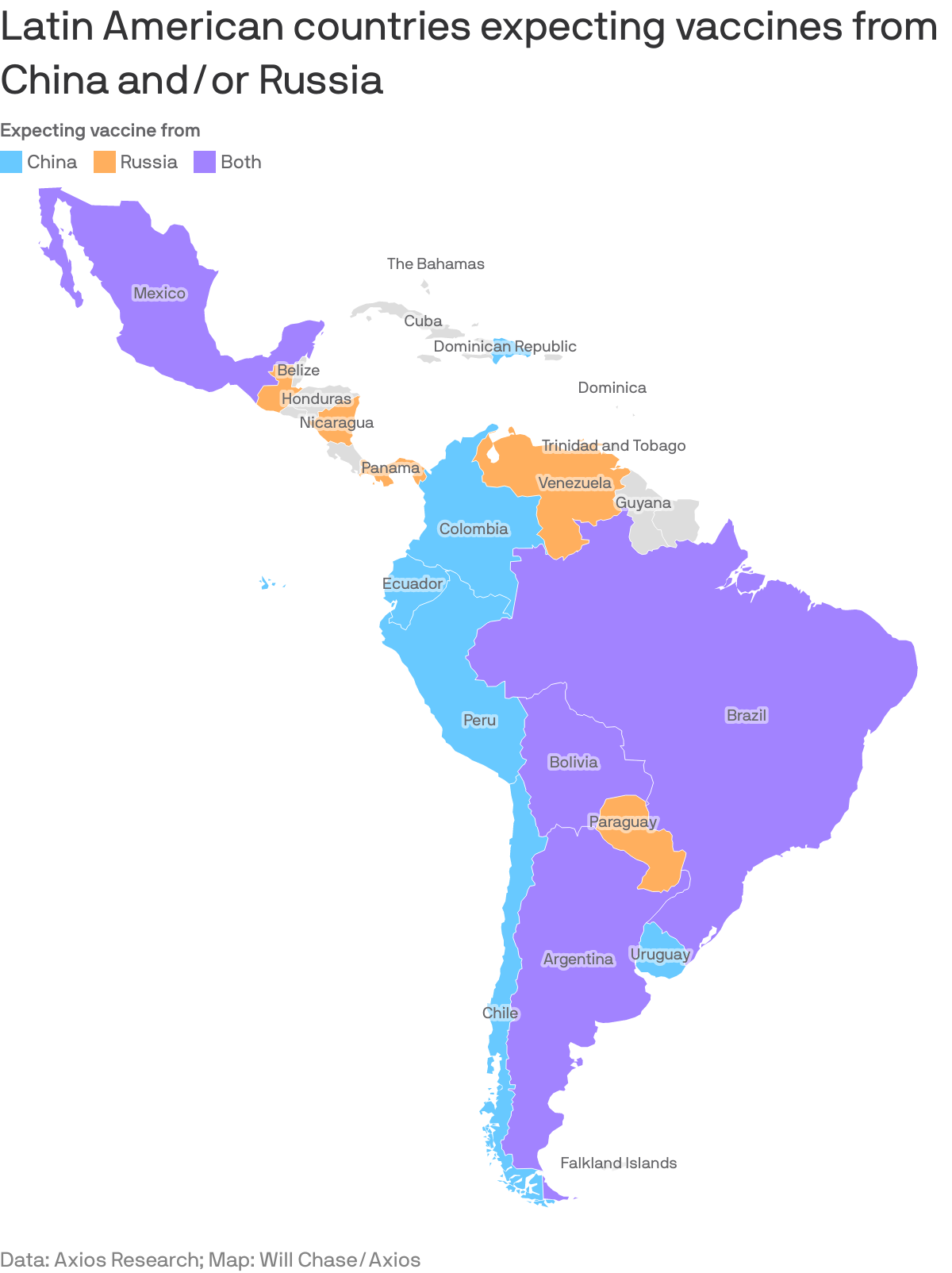 Several countries in the Americas have received their first vaccine shipments over the past few weeks — not from the regional superpower or from Western pharmaceutical giants, but from China, Russia, and in some cases India.

Why it matters: North and South America have been battered by the pandemic and recorded several of the world’s highest death tolls. Few countries other than the U.S. have the capacity to manufacture vaccines at scale, and most lack the resources to buy their way to the front of the line for imports. That’s led to a scramble for whatever supply is available.

Stay on top of the latest market trends and economic insights with Axios Markets. Subscribe for free

Driving the news: Mexican President Andrés Manuel López Obrador — who has railed against vaccine “hoarding” by rich countries — was expected to ask President Biden in their virtual meeting Monday to share a portion of the U.S. vaccine supply with Mexico.

The state of play: Other global powers have begun shipping doses to the region. At least 10 Latin American countries have obtained Russia’s Sputnik V vaccine or expect to soon, while 10 more are expecting doses from China’s Sinovac or Sinopharm.

Zoom in: While Bolivia was negotiating the purchase of 5.2 million Sputnik doses in December, at $10 per shot, the government was also in talks with Western pharmaceutical companies who “told us developing countries that we had to wait until June,” Trade Minister Benjamin Blanco told Reuters.

Vaccines arriving from Russia and China are often received with great fanfare, with political leaders and TV cameras on hand.

Yes, but: The shipments are often quite small.

However, deals to produce the Sinovac and Sputnik vaccines in Brazil and Sputnik in Argentina should boost supplies. Crucially, the vaccines don’t require ultra-cold temperatures.

What to watch: By this summer, the U.S. and other rich countries will likely be prepared to share doses internationally, significantly shifting the vaccine diplomacy picture.

The bottom line: Moscow and Beijing may have gained lasting goodwill and influence in the region by stepping in when vaccines were at their most scarce.