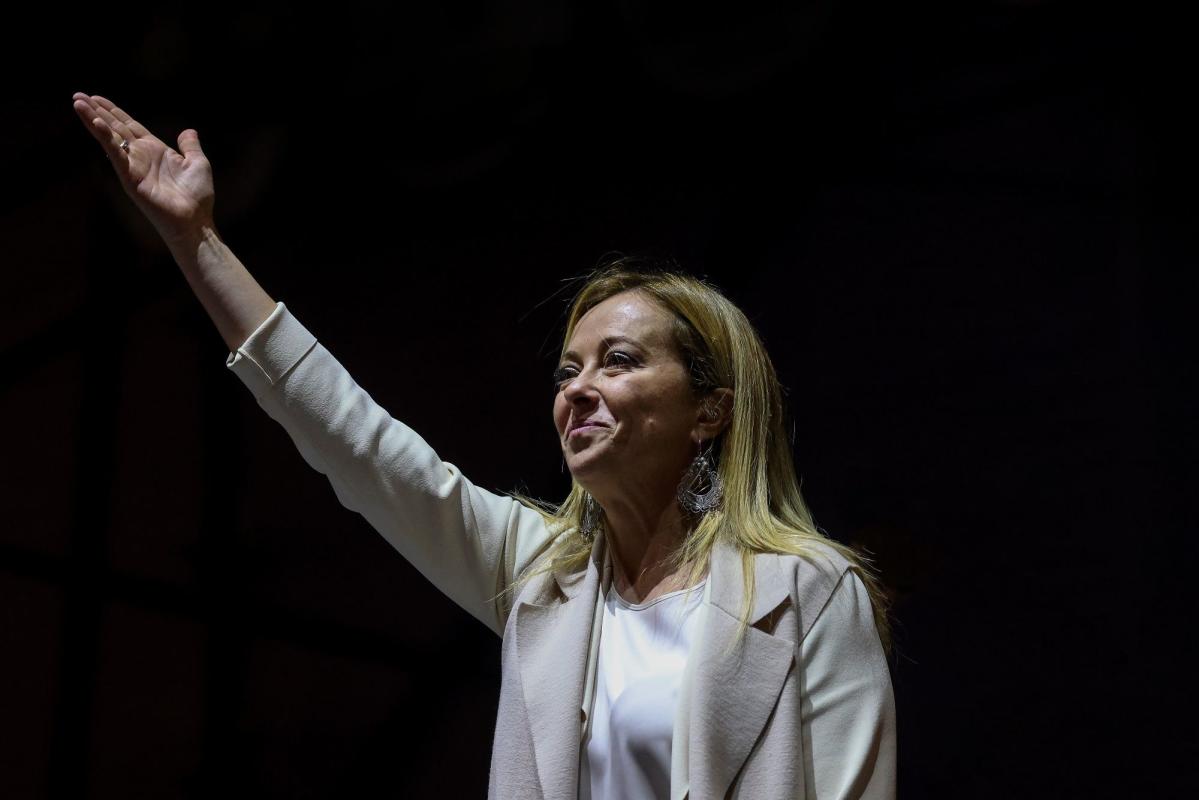 (Bloomberg) — Giorgia Meloni is on track to lead Italy’s most right-wing government since World War II after exit polls projected a clear victory for her coalition in Sunday’s election.

Meloni’s alliance, which includes Matteo Salvini’s League and Silvio Berlusconi’s Forza Italia, will win about 43% of the vote, according to polls conducted during the voting. That would give her at least 115 seats in the crucial upper house, where 104 votes are required for a majority, the pollsters projected. She would be the country’s first female prime minister.

The next Italian government will take office in the midst of a series of overlapping crises as Russia’s invasion of Ukraine, energy price hikes, rampant inflation and rising interest rates are all combining to drag down growth in the euro area’s third-biggest economy.

Meloni’s party has post-fascist roots, but during the election campaign she tried to reassure voters and investors that she will keep Italy’s mammoth debt under control and won’t question the country’s foreign alliances or support for Ukraine.

If the polls are right, then 45-year-old Meloni will have a strong hand in government as she looks to revise reforms that outgoing Prime Minister Mario Draghi had introduced in an effort to boost growth. Seeking significant revisions could put at risk a spending plan for about 200 billion euros ($198 billion) of pandemic recovery funds from the European Union.

President Sergio Mattarella is expected to ask her to lead talks to form the next government, although that process could still last weeks.

The first official projections of the result are due shortly after midnight and in the past they have departed somewhat from the opinion polls. This time around the country is voting under a new electoral system which adds an extra layer of uncertainty.

The result marks a meteoric rise for Meloni’s party, the Brothers of Italy. The group is set to claim about 24% of the vote, compared with 4% in the last election in 2018.

The anti-migrant League was seen at 10% with the center-right Forza Italia at 8%. Enrico Letta’s Democratic Party, Meloni’s main opponent in the campaign, came second in the exit polls with 20% of the vote and is set to lead the opposition.

Giuseppe Conte’s anti-establishment Five Star Movement registered a late surge to claim around 16% and is likely to be another important force in the opposition.

Election results will come in during the early hours of Monday. The new parliament, which has been downsized to 200 senators and 400 lower house lawmakers, will meet for the first time on Oct. 13.

While Meloni has vowed to keep public finances in check, she faces a difficult balancing act to protect Italians from the worst of the energy squeeze.

Draghi has spent about 66 billion euros to help families and businesses and has resisted political pressure to expand the budget deficit, but that could be the only option for an incoming government. The right-wing bloc has also opposed reforming the obsolete tax system and freeing up competition, two key reforms pledged by Draghi to qualify for the EU funds.

(Updates with markets in sixth paragraph, context from seventh)