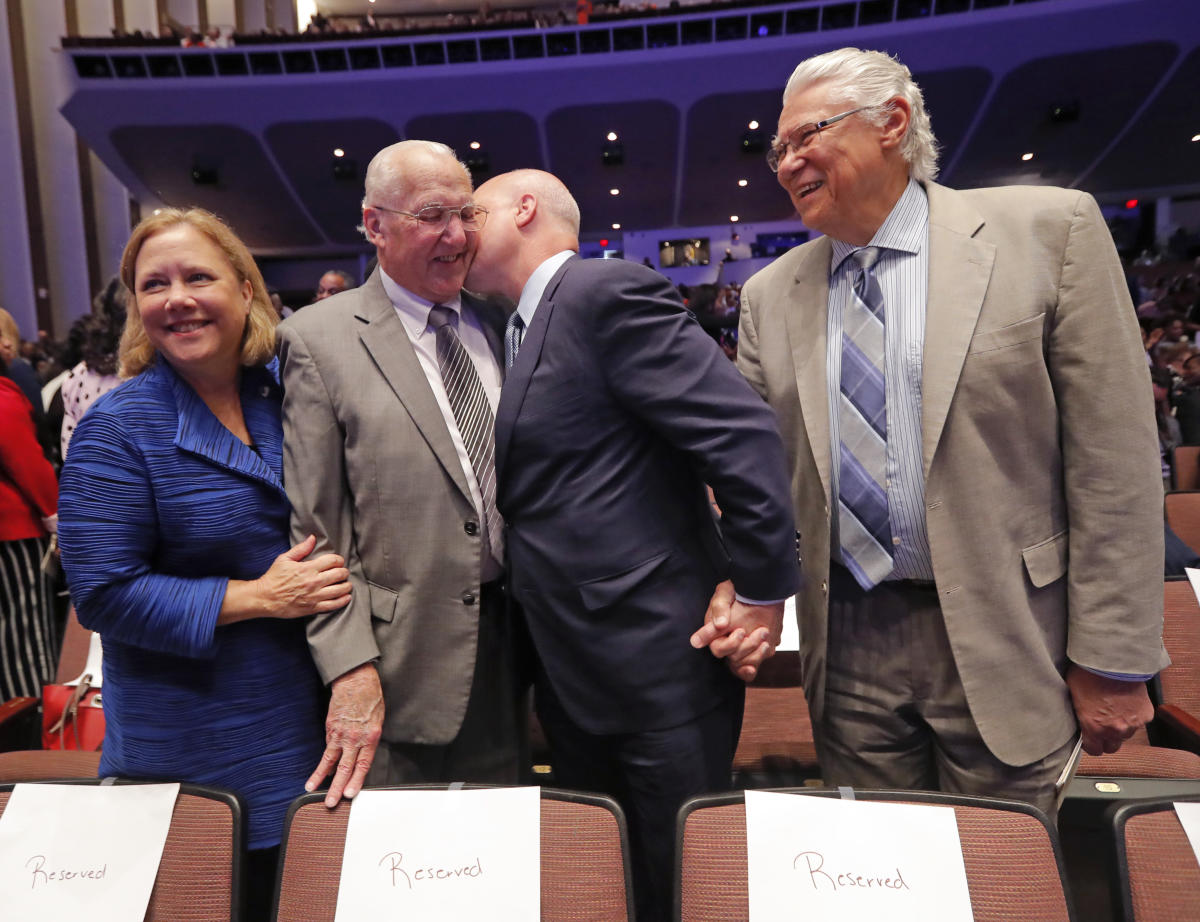 NEW ORLEANS, La. (AP) — Former New Orleans Mayor Moon Landrieu — whose early, lonely stand against segregationists in the Louisiana legislature launched a political career at the forefront of sweeping changes on race — died Monday, a family friend confirmed. He was 92.

Ryan Berni, a longtime friend of the family, confirmed that Landrieu passed away early Monday.

“He died peacefully this morning surrounded by family,” Berni told The Associated Press.

A progressive white Democrat whose demeanor could be combative at times, Landrieu came from a blue-collar Roman Catholic family, served in the Army and sat alongside the first Black students at the city’s Loyola law school before winning a statehouse seat in 1960.

By then, six years had passed since the U.S. Supreme Court ordered public schools to desegregate nationwide, and Landrieu couldn’t in good conscience go along when Gov. Jimmie Davis steamrolled legislation to keep students in New Orleans separated by race. They passed by lopsided margins with Landrieu, at least once, the lone “no” vote.

The white politicians who had a lock on power on Louisiana said he’d dug his political grave, but he held onto his House seat in 1963 and then won a city council seat in 1965 with strong support from Black voters, whose influence was beginning to be felt at the polls.

To win his first mayoral term, Landrieu assembled a coalition of white liberals and African Americans and campaigned to bring Black people into important positions in government.

Integrating City Hall had its costs: In a 2018 memoir, Mitch Landrieu wrote that death threats were phoned into his family home and his school. Moon Landrieu discussed the blowback over race in a 1977 speech to the National League of Cities convention.

“If you embark on a campaign to end racial discrimination in your hometown, you will need nerves of steel, a will of iron, skin like leather and testicles of brass to withstand the slings and arrows,” he said. “I have myself these past eight years been known in some quarters as ‘Moon the Coon,’ an epithet that has caused me some pain at times, but that is also a badge of honor that bears testimony to what we try to do.”

His mayoral legacy also includes his support for the state’s construction of the Louisiana Superdome, which finally opened in 1975. It’s a beloved fixture of the city landscape now, but cost overruns and a contract scandal caused headaches for its supporters, including Landrieu.

“There has been an unbelievable emphasis on the few things that have been wrong with it and total neglect of the many, many things that are right with it,” he said several years later.

Landrieu then became President Jimmy Carter’s secretary of housing and urban development, an agency whose programs came under attack when President Ronald Reagan took office on a platform to reduce the federal government’s size and power.

Landrieu criticized Reagan for “gutting” public aid programs, and briefly considered a presidential bid of his own. But he never sought national office. Instead, he became a judge — “I really wanted to get out of my kids’ way,” he said – serving on Louisiana’s 4th Circuit Court of Appeal from 1992 to 2000.

Several of Landrieu’s nine children continue his legacy in law and politics: Mitch, also a two-term New Orleans mayor, is now President Joe Biden’s infrastructure coordinator; Mary, who served three terms as a U.S. senator, is now a policy adviser with a Washington law firm. Madeleine became dean of the law school at Loyola University New Orleans, and Maurice is a federal prosecutor.

Born Maurice E. Landrieu on July 23, 1930, he was called Moon, a family nickname, throughout his life and eventually made that his legal first name. He served three years in the Army before opening a small, walk-up law office with law school classmate Pascal Calogero, later the chief justice of the Louisiana Supreme Court.

Landrieu credited his wife, Verna, with nudging him into politics, and his Black classmates, including Norman Francis, who would become Xavier University’s dean and president, for opening his eyes.

“It wasn’t just a question of racial justice, but from a practical standpoint, I recognized — as a politician, as a legislator and councilman — that we were wasting so much talent, wasting so much energy, by precluding Blacks from participation in all matters,” he recalled in a 2020 interview with the New Orleans weekly newspaper Gambit.

“And I was determined, as I became mayor, to revitalize this city and to bring about racial integration, so that the city could enjoy the full benefit of white and Black participants.”

“Moon Landrieu was a courageous and defining voice for Louisiana and his beloved hometown of New Orleans,” Edwards said in a statement. “In addition to his many contributions to our state and nation, he leaves behind the most enduring legacy of all – a family that continues his fight for equality.”