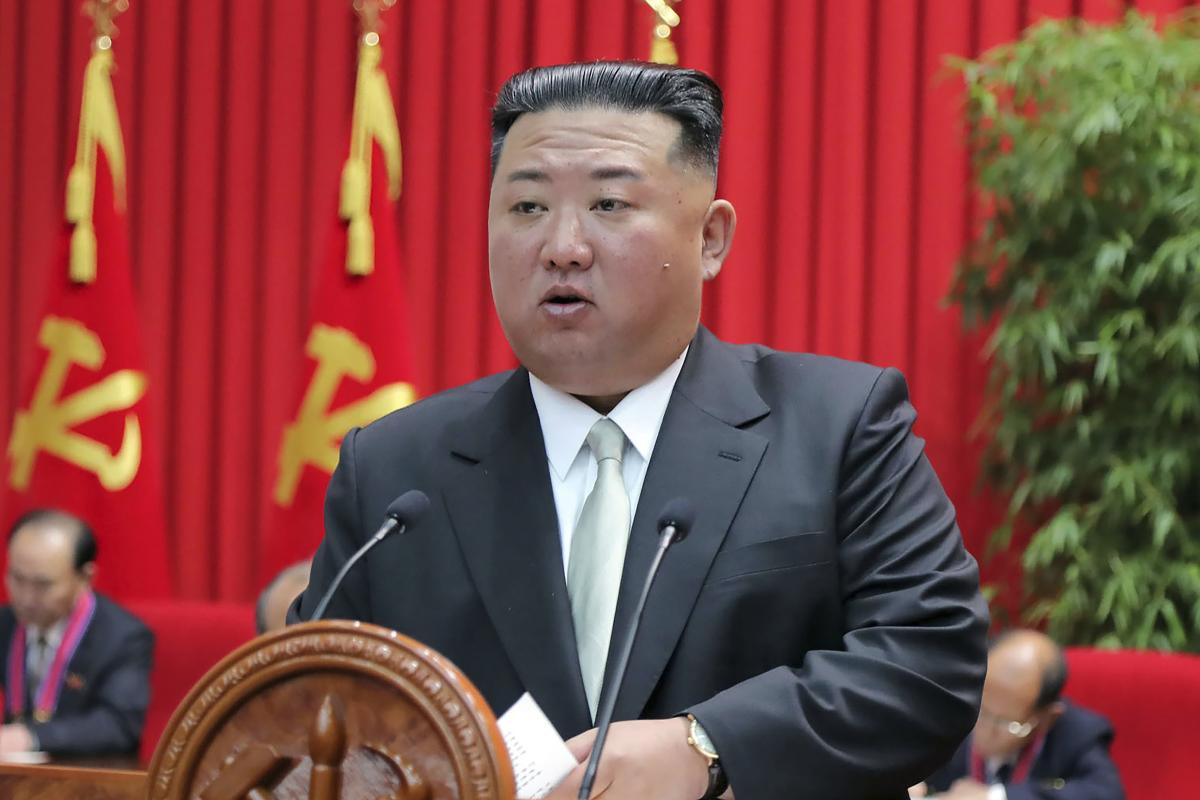 SEOUL, South Korea — North Korea launched a ballistic missile toward its eastern waters on Thursday, South Korea’s military said, hours after the North threatened to launch “fiercer” military responses to the U.S. bolstering its security commitment to its allies South Korea and Japan.

South Korea’s Joint Chiefs of Staff said in a brief statement that it detected the launch from North Korea but gave no further details like how far the weapon flew and where it landed.

US, Japan, others hold joint naval drills amid China concerns

Choe’s statement was North Korea’s first official response to President Joe Biden’s trilateral summit with his South Korean and Japanese counterparts in Cambodia on Sunday. In their joint statement, the three leaders strongly condemned North Korea’s recent missile tests and agreed to work together to strengthen deterrence, while Biden reaffirmed the U.S. commitment to defend South Korea and Japan with a full range of capabilities, including its nuclear arms.

Choe said the U.S.-South Korea-Japan summit will bring the situation on the Korean Peninsula to “a more unpredictable phase.”

“The keener the U.S. is on the ‘bolstered offer of extended deterrence’ to its allies and the more they intensify provocative and bluffing military activities on the Korean Peninsula and in the region, the fiercer (North Korea’s) military counteraction will be, in direct proportion to it,” Choe said. “It will pose a more serious, realistic and inevitable threat to the U.S. and its vassal forces.”

Choe didn’t say what steps North Korea could take but said that “The U.S. will be well aware that it is gambling for which it will certainly regret.”

North Korea has steadfastly maintained its recent weapons testing activities are legitimate military counteractions to what it calls military drills between U.S. and South Korean forces, which it views as a practice to launch attacks on the North. Washington and Seoul have said their exercises are defensive in nature.

In recent months, South Korean and U.S. troops have expanded their regular exercises and resumed trilateral training with Japan in response to North Korea’s push to enlarge its nuclear and missile arsenals. Those drills involved a U.S. aircraft carrier and U.S. B-1B supersonic bombers for the first time since 2017. In the past several years, annual military training between Seoul and Washington had been scaled back or cancelled to support now-dormant diplomacy with North Korea and guard against the COVID-19 pandemic.

In her Thursday statement, Choe said “the U.S. and its followers staged large-scale war drills for aggression one after another, but they failed to contain North Korea’s overwhelming counteraction.”

There have been concerns that North Korea might conduct its first nuclear test in five years as its next major step toward bolstering its military capability against the United States and its allies.

U.S. and South Korean officials say North Korea has finished preparations to conduct a nuclear test explosion in its remote testing facility in the northeast. Some experts say the test, if made, would be meant to develop nuclear warheads to be placed on short-range missiles capable of hitting key targets in South Korea, such as U.S. military bases. They say North Korea would eventually aim to use its boosted arsenal as a leverage to pressure the United States into making concessions in future negotiations and recognize it as a nuclear state.