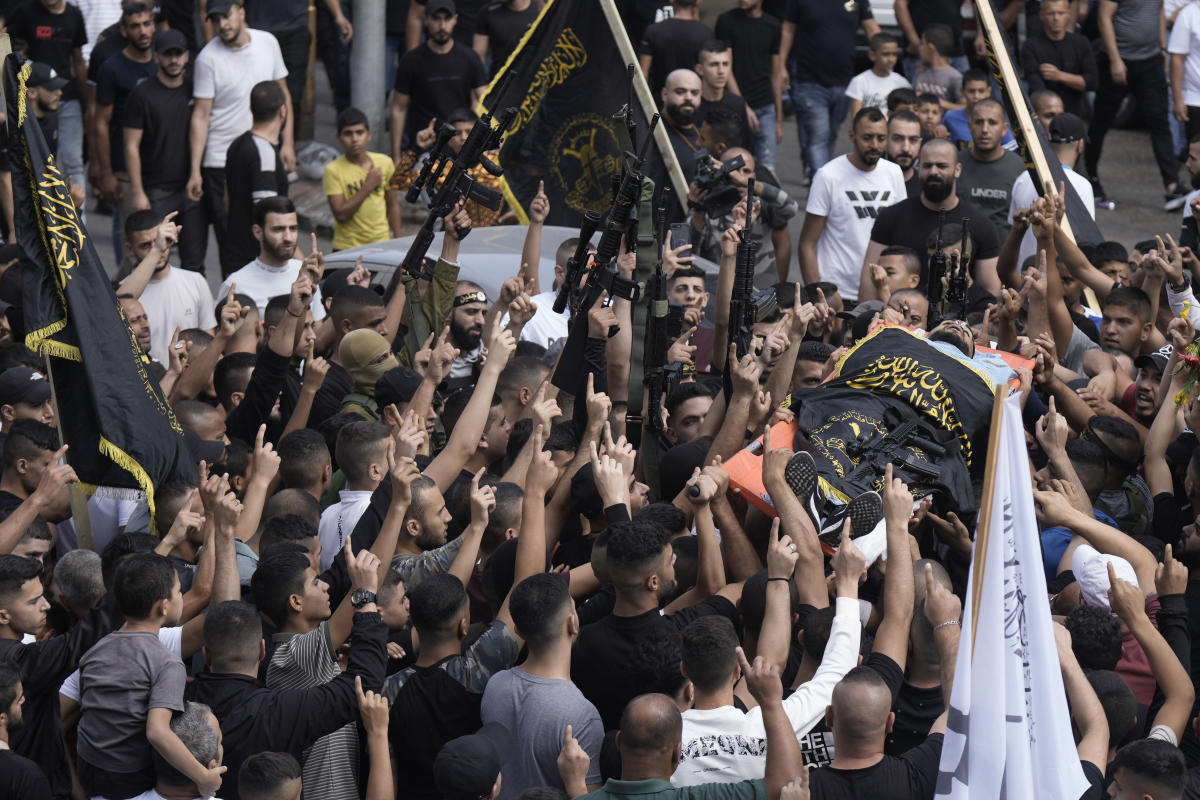 RAMALLAH, West Bank (AP) — A man died early Sunday from a gunshot wound he suffered during confrontations with Israeli troops in the occupied West Bank, the Palestinian Health Ministry said.

It was the latest death connected to clashes during Israeli raids in the Palestinian territory, which the military says target wanted Palestinians involved in planning or taking part in recent attacks on Israelis.

The ministry identified the dead man as 30-year-old Mujahed Daoud. He was among five Palestinians wounded Saturday by live fire during clashes in the town of Qarawat Bani Hassan. Daoud was shot in the chest, the report said.

The official Palestinian news agency, Wafa, said the clashes broke out when Israeli forces entered the town and tried to seize agricultural machinery from farmers working off their land.

Also early Sunday, the Israeli military said its troops shot a Palestinian who hurled a Molotov cocktail at a civilian bus near Hebron. The army gave no other details, including the man’s condition.

More than 120 Palestinians have been killed in Israeli-Palestinian fighting in the West Bank and east Jerusalem this year, making 2022 the deadliest year since 2015. The fighting has surged since a series of Palestinian attacks in the spring killed 19 people in Israel.

Israel says most of the Palestinians killed have been militants. But stone-throwing youths protesting the incursions and others not involved in confrontations have also been killed.

Israel captured the West Bank in the 1967 Mideast war, along with east Jerusalem and the Gaza Strip. The Palestinians seek those territories for their hoped-for independent state.