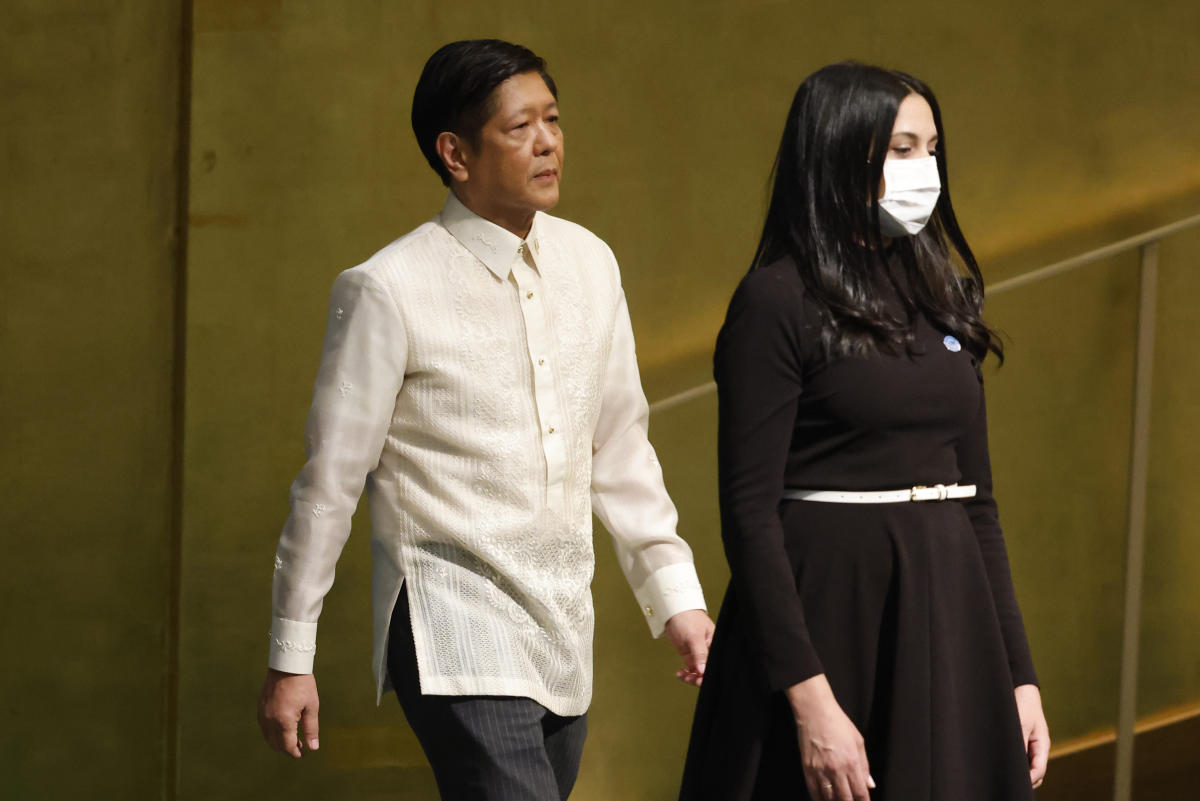 Addressing the U.N. General Assembly for the first time since taking office in June, Marcos said “the time for talk about ‘if’ and ‘when’ has long since passed” on climate change, and he called on industrialized countries to fulfill obligations to cut greenhouse gases and aid developing countries.

“The effects of climate change are uneven and reflect a historical injustice: Those who are least responsible suffer the most,” Marcos said. “This injustice must be corrected and those who need to do more must act now.”

Marcos returned to the theme of the rich-poor divide at multiple points throughout his speech, noting ballooning debt burdens, lack of Internet access and lopsided impacts of the COVID-19 pandemic.

“Richer nations immediately received vaccines at the expense of the have-nots,” he said. “Filipino health workers were at the front lines in many countries … risking and oftentimes sacrificing their own lives to save those of others.”

Marcos hinted at inequality in the very complex he stood in, pressing for a seat on the Security Council. He said very foundations of the U.N. were being ignored, but offered no elaboration.

“Our very charter is being violated around the world as we speak,” he said.

Among other issues, Marcos called for a reduction in nuclear arms and the creation of regulations governing cyberspace the weaponization of artificial intelligence.

Marcos was swept into office in a stunning election victory, 36 years after an army-backed “People Power” revolt booted his father, Ferdinand Marcos Sr., from office and into global infamy. The elder Marcos was known for tyrannical rule, though his son has rejected labeling him a dictator.

AP National Writer Matt Sedensky can be reached at msedensky@ap.org and https://twitter.com/sedensky. For more AP coverage of the U.N. General Assembly, visit https://apnews.com/hub/united-nations-general-assembly