Russia could use its oil to buy weapons from North Korea as sanctions limit the Kremlin’s ability to resupply its military, analysts say 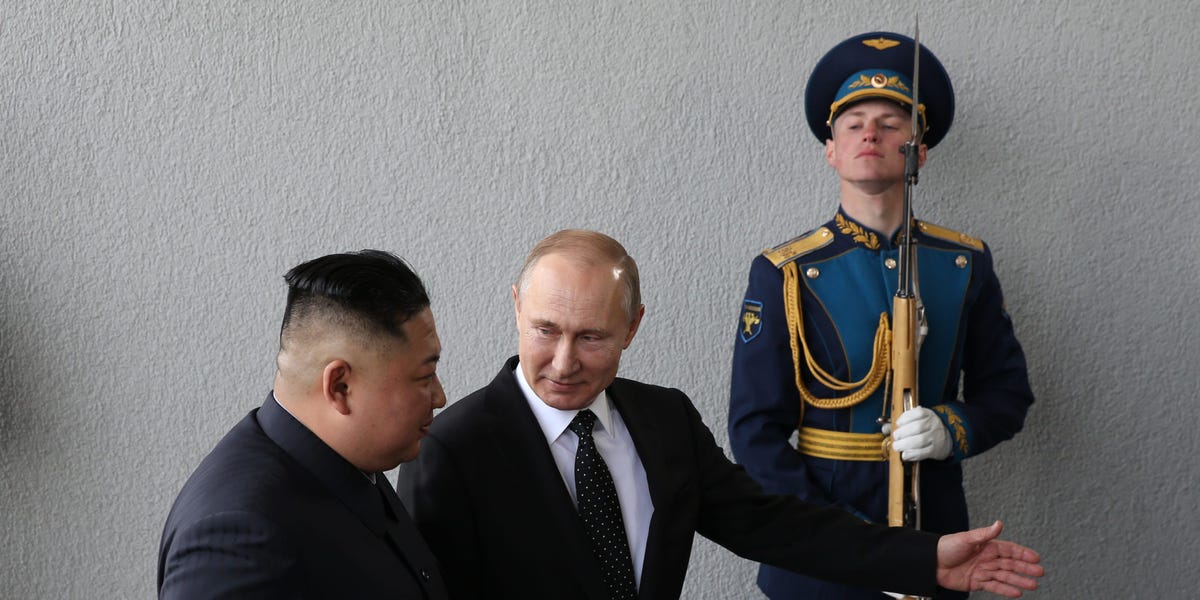 Russia could potentially finance a purchase of weapons from North Korea with oil, analysts said, as Western sanctions limit the Kremlin’s ability to restock munitions inventories that have been depleted by the war in Ukraine.

Declassified intelligence first reported by the New York Times showed that Russia is looking to buy millions of artillery shells and rockets from the secretive communist regime.

Russia called the report “fake,” but the Pentagon confirmed it while noting that Moscow has “approached” North Korea for discussions and declined to say if money has changed hands yet.

But Russia’s ruble might not be the form of payment, while sanctions have largely blocked Moscow from using other widely used currencies like the dollar or euro.

Instead, North Korea could be paid in Russian oil, according to Rand Corporation defense researcher Bruce Bennett, who noted that Russia has previously provided North Korea with oil.

“Russia has traditionally provided North Korea a fair amount of oil, apparently in questionable manners,” he told Insider in an interview. “It’s not clear that it’s been, you know, approved through standard procedures.”

Bennet further speculated that the Russian oil could be refined at a facility on the east coast of North Korea.

He added that Russia could also be looking to obtain other necessities from North Korea beyond weapons, including laborers to work in captured sections of Ukraine.

North Korea expert Ramon Pacheco Pardo, who is a professor of international relations at King’s College London, told the Washington Post that rumors of North Korea selling weapons to Russia have been circulating for a while, with speculation that Russian oil and gas could be the form of payment.

Both countries are among the world’s most heavily sanctioned regimes. Earlier shipments of Russian oil to North Korea reportedly took place at sea to evade sanctions on Pyongyang.

Meanwhile, Ukraine and Russia are struggling to shore up supplies for war against one another, specifically shells that will accommodate Soviet-era weaponry.

But while the US and its allies have stepped up to provide Ukraine with newer weapons used by NATO,  sanctions have choked off the Kremlin’s ability to maintain its stockpiles, and North Korea is one of the last places in the world that still has an adequate supply that suits Russia’s needs.

Russia has also reportedly turned to other pariah regimes for military hardware. Last month, US officials said Russian planes began picking up Iranian-made combat drones for use against Ukraine in what is expected to be the first shipment of hundreds of drones.