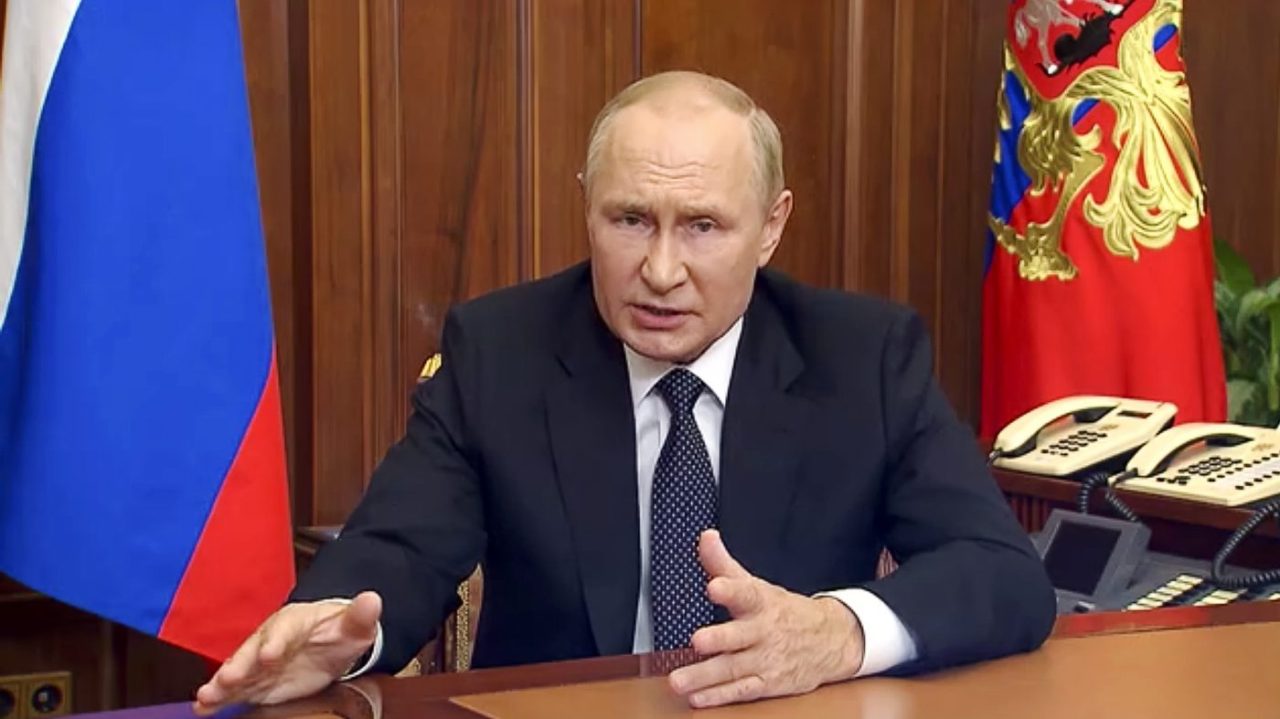 Russian President Vladimir Putin’s speech announcing a partial military call-up in Russia’s war with Ukraine and the upcoming hearing of the House committee investigating the Jan. 6, 2021, attack on the Capitol are expected to dominate this week’s Sunday shows circuit.

Putin announced on Wednesday that he would be drafting up to 300,000 Russian reservists into the military as the country falters in its now seven-month-long conflict with Ukraine.

Many Russians scrambled to leave the country following the announcement, rapidly selling out flights to the countries still accepting planes from Russia. Anti-war demonstrations also swept the country, with Russian authorities detaining more than 1,300 protesters on the day of the announcement.

Amid the backlash, Russia on Friday announced exemptions to the call-up for citizens with higher education who work in banking, information technology and telecommunications.

The call-up of additional Russian soldiers comes after Ukrainian forces have made several major gains in eastern Ukraine. Russia pulled its forces out of the areas around Kharkiv earlier this month as Ukrainian forces advanced.

Ukrainian President Volodymyr Zelensky, who will appear on CBS’s “Face the Nation” on Sunday, called Putin’s move a “frank admission” that the Russian military is struggling.

“Russia’s decision on mobilization is a frank admission that their regular army, which has been prepared for decades to take over a foreign country, did not withstand and crumbled,” Zelensky said in an address on Thursday.

“This is not a bluff,” Putin said. “And those who try to blackmail us with nuclear weapons should know that the weathervane can turn and point towards them.”

U.S. Secretary of State Antony Blinken called on Putin to end his “reckless nuclear threats” at the United Nations General Assembly on Thursday.

The House Jan. 6 Committee’s first fall hearing will also likely be a subject of discussion on Sunday’s shows. The committee announced this week that it plans to hold a hearing on Sept. 28, the first since its explosive series of hearings this summer.

Members of the committee recently said that they have made progress in their investigation into the Secret Service’s actions on the day of the Capitol attack, after it was revealed that the agency lost its communications from Jan. 5 and Jan. 6 in a migration to a new software.

Virginia “Ginni” Thomas, wife of Supreme Court Justice Clarence Thomas, has also agreed to sit before the committee, her lawyer told The Hill on Wednesday. The committee asked Thomas, who has faced scrutiny following revelations that she communicated with top Trump allies leading up to Jan. 6 and pressured state lawmakers to overturn election results, to testify in June.

Several members of the committee are set to make appearances on Sunday. Rep. Pete Aguilar (D-Calif.) will be on CBS’s “Face the Nation,” Rep. Jamie Raskin (D-Md.) on NBC’s “Meet the Press” and Rep. Adam Schiff (D-Calif.) on CNN’s “State of the Union.”

Below is the full list of guests scheduled to appear on this week’s Sunday talk shows:

Kinzinger slams McCarthy over GOP agenda rollout: ‘An opportunity squandered’ The seven Democrats most likely to run for president — if Biden bows out