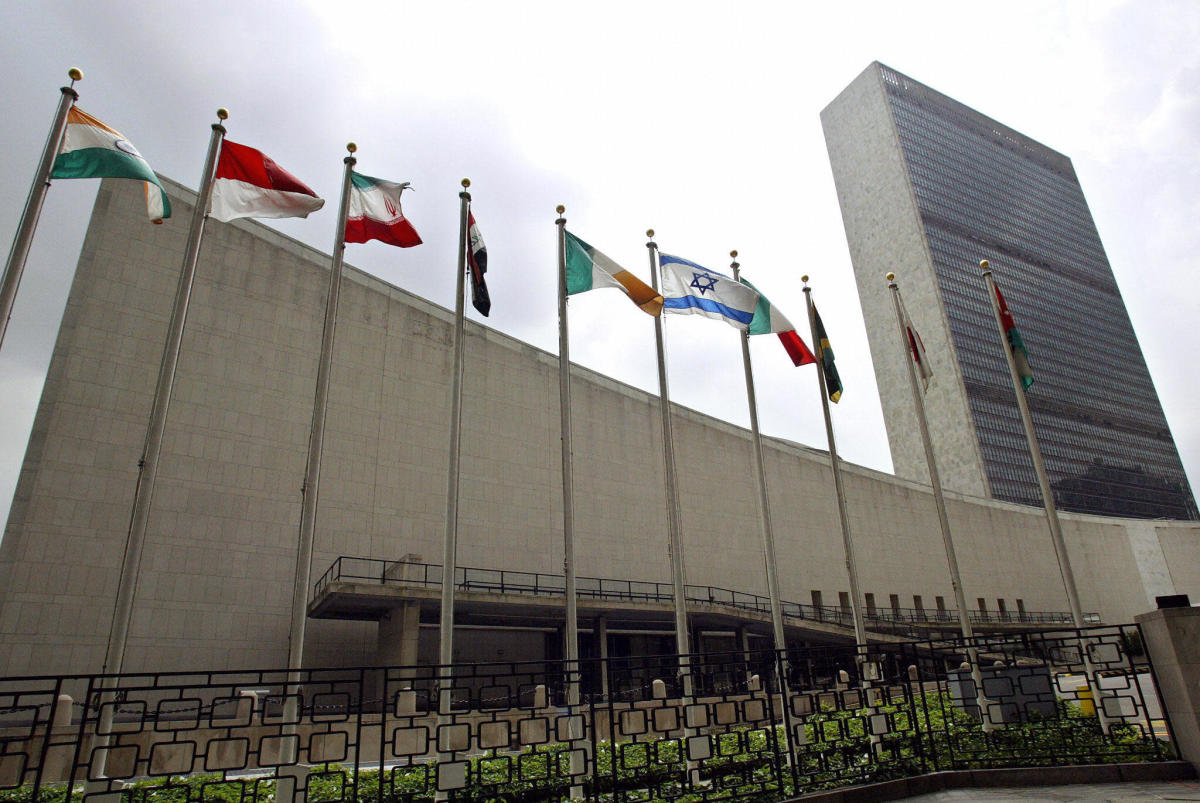 United Nations — On Monday, International Atomic Energy Agency (IAEA) chief Rafael Grossi, U.S. Secretary of State Antony Blinken and U.N. Secretary General Antonio Guterres will be among those expected to gather at United Nations headquarters in New York for the tenth annual review of the Nuclear Non-Proliferation Treaty. The meeting comes as the IAEA is being denied U.N. help to access Ukraine’s Zaporizhzhya Nuclear Power Plant, the largest nuclear plant in Europe, which has been occupied by Russia since the early days of the war, and which the watchdog agency says is in an “alarming” state.

“It is urgent,” Grossi said in the latest IAEA report. “I’m continuing my determined efforts to agree and lead a safety, security and safeguards mission to the site as soon as possible.”

Alarm bells went off, figuratively, in early March at the Vienna offices of the International Atomic Energy Agency, an autonomous agency within the U.N. system, when Russian forces took control of the Zaporizhzhya plant and Ukraine informed the agency that Ukrainian staff was operating the plant under Russian command.

At the time, Grossi “expressed grave concern” that the takeover violated one of the seven pillars of nuclear safety and security, namely that the operating staff “must be able to fulfill their safety and security duties and have the capacity to make decisions free of undue pressure.”

Russian forces switched off some of the mobile networks and the internet at the site to prevent information about its operation being transmitted, Ukraine said.

In March, Ukraine’s ambassador to the U.S. Oksana Markarova told “Face the Nation” that the international community should step in and help Ukraine regain control of the nuclear sites from Russia, saying that the first nuclear plant the Russians seized was the Chernobyl plant, which is not operational, but still poses a risk because it still have waste and nuclear materials. Since that time, in June, the IAEA was able to send a delegation into the Chernobyl plant, but, as of July 22, it is “still experiencing a partial loss of safeguards data transfer” from the plant, Grossi said.

Since March, Russian troops have continued to occupy the Zaporizhzhya plant with Ukrainian staff operating it, but with Russian nuclear experts monitoring their work. Their goal, Russia’s deputy prime minister Marat Khusnullin said, is to sell power generated by the plant to Ukraine, or supply energy to Russia if Ukraine refuses to pay.

Russia is planning a referendum on the Zaporizhzhya region to incorporate it into Russia, a move that would nationalize the plant — as far as Russia is concerned — and would complicate negotiations to monitor it.

On July 22, Grossi said he received reports about the plant that indicated “an increasingly alarming situation” there, and he called for “maximum restraint to avoid any accident that could threaten public health in Ukraine and elsewhere.”

U.S. and U.N. sources tell CBS News that the U.N. has been denying the IAEA’s requests for help, delaying assistance due to sensitivities surrounding negotiations to get vital grain out of Ukraine.

Although the agency usually organizes visits to plants on its own, over 20 U.N. agencies continue to operate in Ukraine and have established safety protocols with Ukraine and Russia. The U.N. has helped facilitate other IAEA visits to nuclear plants in Ukraine, including to Chernobyl.

A senior UN official told CBS News that the watchdog agency does not routinely ask for help from the U.N. but when it has — in the case of the IAEA visit to Chernobyl — the U.N. has been able to help with logistics. “We have always supported the IAEA in whatever way we can,” the U.N. official said, not answering the question directly about Zaporizhzhya. Grossi’s office did not respond to questions.

Opportunity to map out a plan

“Reducing risks of nuclear war and expanding peaceful nuclear sharing” is the aim of the conference opening at U.N. headquarters on Monday, Ambassador Adam M. Scheinman, U.S. Special Representative of the President for Nuclear Nonproliferation, told a briefing with reporters.

“Russia’s provocative nuclear rhetoric, I believe, is out of step with the treaty’s aims toward nuclear arms control and eventual nuclear disarmament,” he said.

Most of the Russian delegation has received their visas to attend the conference, and a Ukrainian delegation will be present. Analysts say it will be an ideal time to map out a safety plan.

“Nuclear plants getting hit by missiles or artillery, nuclear material going missing, key workers unable to service the plants, it’s a long list,” Gowan said. “The fact that you have nuclear power stations right in the middle of a large-scale conventional war of attrition is unprecedented.”

On Monday, Grossi will be at U.N. Headquarters for two days to open the month-long conference, which will also deal with North Korea’s nuclear ambitions and the stalled Iran nuclear deal.

Guterres will be at the U.N. for three days, and U.S. Secretary of State Antony Blinken will be at the conference on Monday — an ideal time, analysts say, for the parties to map out a safety plan.

“Nobody thinks this will be an easy few weeks of diplomacy. We must hope that a nuclear accident in Ukraine does not overshadow all the diplomatic wrangling,” Gowan said.

Jon Stewart says Congress needs to fund veterans’ health care: “This is the cost of war”