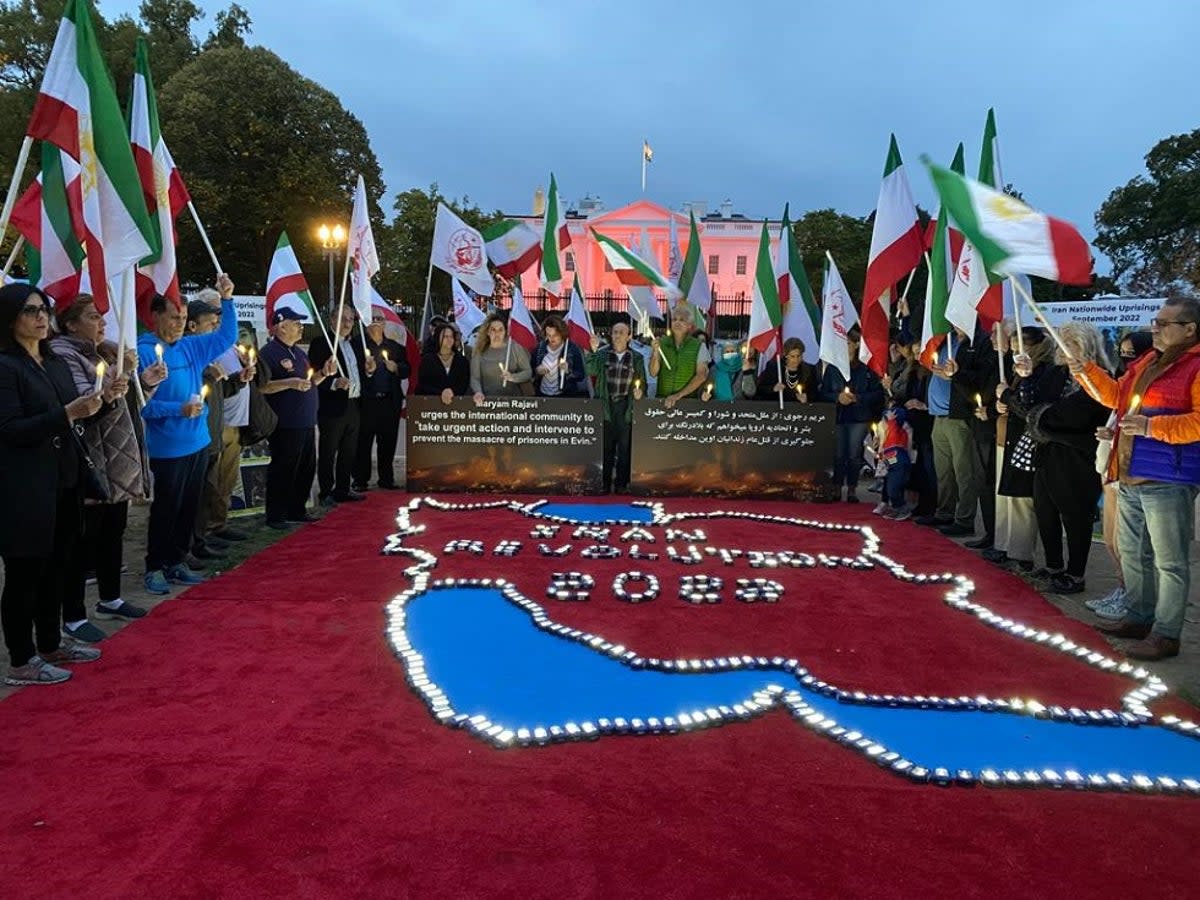 Negotiations over the US and Iran both rejoining a 2015 nuclear accord signed under the Obama administration are not likely to bear fruit any time soon, the White House said on Monday.

White House press secretary Karine Jean-Pierre made the remark after being asked about Tehran’s involvement in selling arms to Russia for use in Ukraine as well as the ongoing bloody protests that have rocked the country in the wake of the death of Mahsa Amini.

Ms Amini, a 22-year-old, was killed in police custody after being detained for not wearing a headscarf properly. Her death has inspired furious protests in Tehran and other cities where women have burned their own head coverings and cut their hair in defiance.

“Is the JCPOA still a priority? How is the administration keeping it top of mind?” asked a reporter, referring to the official acronym for the agreement.

“The door for diplomacy will always remain open, but as of now we don’t see a deal coming together any time soon,” Ms Jean-Pierre responded.

It’s a stark analysis of the negotiations that means the Biden administration’s biggest foreign policy goal of his first term — beyond pressuring Saudi Arabia and Opec to increase oil production — remains firmly out of reach for now.

The deal is popular with the more left-leaning members of Joe Biden’s party who oppose US military force being used to topple Iran’s government, which many progressives have long warned would ensnare the US in a quagmire that would make the Iraq War look simplistic by comparison. The Washington foreign policy consensus for many years now has been that Iran should be prevented from becoming a nuclear-armed state by whatever means necessary, a goal aligned with US allies in the region including Israel.

Many in Washington have now come to tread a fine line of supporting a campaign of so-called “maximum pressure” against Tehran, which was followed by the Trump administration and largely abandoned by Joe Biden. That school of thought, the more hawkish of DC’s stances on US-Iran relations, states that Washington should inflict increasingly withering economic sanctions on Iran in an effort to put further pressure on the regime in Tehran and create favourable conditions for popular revolt.

That position is supported by the Organization of Iranian-American Communities, which celebrated the news of the talks stalling on Monday in a statement to The Independent.

“It is long overdue for Washington to abandon the idea of providing relief to the ruling theocracy in Iran, as there is a revolution in the making in Iran. Instead, the Administration must focus on siding with the Iranian people and recognizing their right for self-defense in overthrowing this regime. Remember people in the streets are chanting ‘death to Khamenie’ non-stop and everyday,” said Dr Ramesh Sepehrrad, the group’s chief spokesperson.

On Sunday, the group held a rally outside of the White House in support of Ms Amini and protesters across Iran; roughly 200 people attended according to organisers.